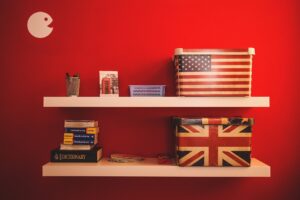 English is currently the third most widely used language in the world, behind Mandarin and Spanish. The primary language of many countries around the world, including the United Kingdom, the United States, Canada, Australia, Ireland, New Zealand and a number of Caribbean nations, an estimated 375 million people are native speakers while about 220 million others use it as their second language.

An official language in over eighty nations, an estimated one billion people are learning it, making English the second most spoken language, and as a result, the most international language in the business world. In a 2012 article by Harvard Business Review, three factors that influence the corporate preference for English include: Competitive Pressure, Globalization of Tasks & Resources, and Merger & Acquisition Integration across national boundaries.

Since that time, the education company, Pearson, estimates that now over two billion people use English for such a wide variety of business purposes that it is the default choice for most international business, necessitating the kind of rigorous and accurate English language translation services ASTA-USA has provided to the global business community for over three decades.

Whether you are a native speaker, someone who already uses it as a secondary language, or a new English Language Learner, with English being comprised of Germanic languages, Latin, French and Greek (among others!), it is arguably the most difficult to learn, and is always evolving. Below we have provided an informal challenge for you to evaluate your own mastery of the English language. The terms are among the most difficult SAT words, according to Vocabulary.com, and are chosen to test your knowledge as well as ability to deduce meaning.

Good luck, and don’t click/peek before you try your best!

The English language might be the global business standard, but not all translations are. Since 1987, ASTA-USA has been THE standard.