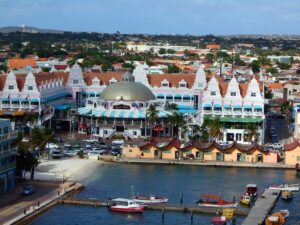 What does it take to achieve successful international business? Making sure that your company’s products and marketing materials speak to people in their own language. Targeting a country isn’t always specific enough, you have to look at the different languages spoken within that country and culture.

What comes to mind when you think of Aruba? Do you start singing that popular Beach Boys song? Remember a vacation you took there? Dream of a vacation yet to come? You may be surprised to learn that Aruba is one of the most multilingual countries in the world.

According to the Mother Nature Network, Aruban citizens typically speak four languages. It’s officially part of the Kingdom of the Netherlands, so Dutch is the official language and what is taught in school. However, their education system doesn’t stop there. Children in Aruba are also required to learn English and Spanish, becoming fluent by the time they graduate. With fluency in so many languages, one would expect to walk into an Aruban home and hear Dutch, English or Spanish. Surprisingly and impressively enough, it’s more likely that visitors would hear yet another language, Papiamento.

This interesting language, considered to be the native tongue of Aruba, is a creole combination of Portuguese, Spanish, Dutch and English. It’s a unique language that showcases the different cultural influences the country has encountered over the years. According to the official Aruba website, Aruba’s inhabitants have included Amerindians, Spanish and Dutch peoples. With each of these cultures combining and colliding, they have left unique imprints on Aruban culture, especially with language and the creation of the Papiamento language. This creole combination isn’t just slang used at home or on the streets, and although it isn’t an official language of the country, it is a staple in the media and government.

With so many languages spoken in one country, it’s extremely helpful for written materials to be available in each language spoken. Public signs, news, government communication and more are translated into each of the four languages spoken in Aruba. This is helpful not only for Aruban citizens, but also for the country’s many tourists from all over the world.

Tourism is a major staple of the Aruban economy, creating further need for reliable translation. According to the official U.S. Department of State, nearly 60% of tourists who visit Aruba are from the United States. With most Americans only able to speak English, it’s very helpful to have street signs, menus, store signs and more translated from Dutch to English, Spanish to English and so on. The U.S. also has a healthy trade relationship with Aruba, cementing the English language bond between citizens.

Because America is a mostly monolingual country, accurate document translation is a must for everything from government documents, legal contracts, marketing materials, tourism information and more. Whether you work for the government, in the business sector, marketing arena or something entirely different, ASTA-USA Translation Services can translate any written communication you might need.