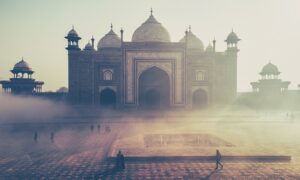 India is the world’s second largest country with around 1.3 billion people calling the beautiful country home. It consists of 28 states, each of which has its own official language. According to Mother Nature Network, the official national languages of India are Hindi and English, though most residents speak at least three languages. These languages are Hindi, English and their state-specific dialect, and many people speak even more dialects if they move or have family located in different states. They may not be fluent in each language, but they have at least a working knowledge of several languages.

According to Fox News, India’s economy is the 10th largest in the world and third largest in terms of purchasing power. India is also the second fastest growing economy in the world, after China, earning the title after opening up to world trade and foreign investment in the early 1990s. Many industries make up this booming economy, including agriculture, services, manufacturing, mining, software/IT development and pharmaceuticals. India’s major exports include petroleum, chemicals, pharmaceuticals, gemstones, jewelry, textiles and iron.

With a growing economy and increased international trade, American companies need to be prepared to communicate with Indian companies in every language spoken. There are 22 official languages as recognized by country officials, but there are actually 31 languages spoken throughout the country. By communicating in each of the languages spoken by your Indian business partners, you show respect for their culture and ensure that there is a complete understanding of the business at hand.