Multilingual Countries Mauritius
Although Mauritius may be among the easiest, business-wise, it’s still important to do your research and understand all of the languages spoken there. ASTA-USA https://www.asta-usa.com/multilingual-countries-mauritius 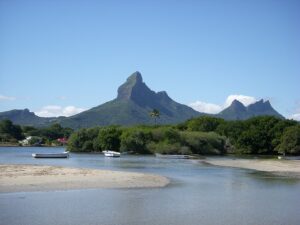 The multilingual nation of Mauritius boasts a diverse population of people of Indian, African, French and Chinese descent. Mother Nature Network notes that students learn English and French in school, but the main language spoken at home is Mauritian Creole, a unique French-based creole. Many citizens of Indian descent speak the Bhojpuri dialect of Hindi, and some people even know the Chinese dialect of their ancestors. This means that most people are fluent in three or four languages.

CNN named Mauritius “the [South African] continent’s most competitive economy” due to its political stability and flexible regulatory system. The article goes on to note that this island country has the best business environment in Africa and that World Bank ranked it the easiest country in which to do business. Mauritius’ economy is made up of sugarcane exports, manufacturing, jewelry, watch and diamond production, tourism and banking.

Although Mauritius may be among the easiest, business-wise, it’s still important to do your research and understand all of the languages spoken there. Even though most, if not all, people speak English, acknowledging the unique cultural blend of the Mauritius population will create rapport with the local companies there. Going the extra mile to translate your written business documents from English to French or any other combination will establish your company as a serious, dependable business partner.