Multilingual Country Malaysia
Translation is commonplace in the multilingual country of Malaysia. Is your company making the most of your international business reach? ASTA-USA https://www.asta-usa.com/multilingual-country-malaysia 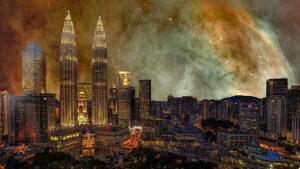 Translation is commonplace in the multilingual country of Malaysia. Businesses both big and small make the most of accurate translation services by converting their advertisements from Malaysian to English, Malaysian to Mandarin and more. Is your company making the most of your international business reach?

The official language of Malaysia is Malay, but many citizens speak multiple languages including English, Mandarin and a unique blend of English and Malay called Manglish. Much like their Singaporean neighbors, many Chinese Malays also speak area-specific dialects such as Cantonese, Hokkien and Hakka. As noted by Mother Nature Network, many citizens speak not only Malay and English, but two or three Chinese dialects as well.

According to a Borneo Post article, the three major sectors that make up the Malaysian economy include services, manufacturing and agriculture. Each of these industries employs and markets to most people, including catering to customers on the international market. This means that contracts, advertisements, employee paperwork and more need to be translated into multiple languages so that everyone is on the same page.