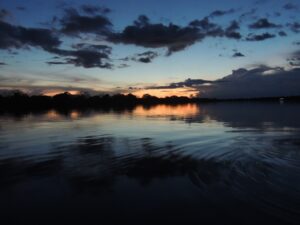 Pirahã: The Most Unique Language in the World

What’s the most unique language in the world? Linguists all over the world believe it might be Pirahã, a language spoken by a tribe of about 350 people in the Amazon.

Pirahã lacks basic sentence structure, undermining the long-held belief that sentence structure is something that all languages have in common. At ASTA-USA Translation Services, Inc., language education is always at the top of our list, so we had to learn more about this one-of-a-kind dialect and we love to believe, like so many others do, that Pirahã is the most unique language in the world.

Real Clear Science shared a video of University of Oslo linguistic professor, Rolf Theil, speaking this beautiful language. In this video, Theil demonstrates the tonality of the language. The accompanying article goes on to describe that, much like Chinese, Pirahã uses different tones to communicate different words. For instance, the Pirahã word for friend and enemy is the same, but spoken with different tones. Of course vowels and consonants are important, but the tone makes all the difference. Also demonstrated in the video is how the language can also be whistled. This is helpful for tribe members when they are hunting and need to communicate through the jungle without giving away their position. Pirahã is not the only language to use whistling sounds, such a language is also spoken on the Canary Islands, and a unique drum language exists in Africa.

Tonality isn’t the only thing that makes Pirahã so unique. There are no words for colors or numbers. When discussing quantities, “less” and “more” are typically used to describe the subject matter, while colors are often described by using an object, like sky for blue and dirt for brown. There are no words to differentiate between parents and grandparents, older people are all encompassed by the same word.

What Pirahã lacks in adjectives it makes up in verb tenses. Speakers of this language do not conjugate their verbs, and therefore do not use past or present tense. They also do not use singular or plural nouns, meaning listeners have to use context clues to understand what’s being said. Pirahã only has three vowels and eight consonants, seven for the women, so verb tenses make all the difference in this dialect. To make it clear to English speakers, our verbs have nine different forms, while Pirahã verbs can have about 65,000.

There is still much to be learned about the uniquely complicated Pirahã language, but linguists are studying the dialect and learning more every day. While it’s not likely that your company will need its written business documents translated into or from Pirahã any time soon, ASTA-USA can help with any other document translation needed.