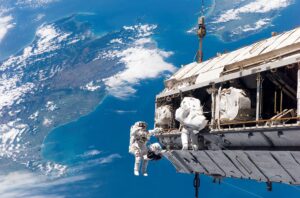 ASTA-USA serves all technical industries, including Aerospace. This sector of high technology and industry is involved with aviation as well as space flight. The demand here for exact translations is great, and ASTA-USA continues to delivers stellar translations to the U.S. aerospace industry

Add Space Exploration Technologies Corp., aka SpaceX, to that list of private American Aerospace manufacturers. In 2002, entrepreneur Elon Musk founded the company with earnings from his other companies, and revenue from multiple acquisitions. His vision at the time was to build spacecraft for commercial space travel, but by 2008, SpaceX was exceeding his goals, and NASA awarded the company the contract to transport cargo to the International Space Station. With subsequent successes and growth, and in the context of the U.S. space shuttle program closing, SpaceX added astronaut transport to its to-do list. Its next goal and efforts today regard Mars, ultimately landing the first man on its surface and eventually, a long term habitation of the Red Planet.

SpaceX is an excellent illustration of the innovation and achievements that make the U.S. Aerospace industry the global leader.

Modern aerospace research and development began with George Cayley, who in 1799 envisioned an aircraft with a “fixed wing and a horizontal and vertical tail.” With that, the race to space began:

Since then, space has been progressively commercialized, and space tourism is becoming more and more a feasible direction for the aerospace industry. The influence of aerospace across multiple other sectors is growing, as the forecast trends include:

The U.S. Aerospace industry’s translation needs are as diverse as the industry itself:

According to the Aerospace Industries Association, the Aerospace and Defense industry is one of the largest contributors to the modern American economy.