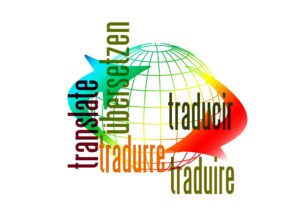 Ethnologue defines a living language as, “One that has at least one speaker for whom it is their first language.” There are an estimated 7,097 languages in use today. On the map below, each language is indicated just once as a pin in its primary country.  We hope you enjoy this post on Living Languages Translations.

Language Families of the World

The largest language family of the world, the Indo-European group is also comprised of the most speakers, an estimated 46% of the global population. This family includes:

The second largest language family, these languages of East Asia are spoken by 20% of the world’s population. Examples include:

Third in line is the Niger-Congo language family. 6.9% of the world’s population, mostly located in Africa, speaks these languages which include:

The fourth family, spoken by about the same amount of people, is the Afroasiatic group, which includes:

This family is spoken by 5.5% of the world’s population and includes:

Additionally, there also are numerous language isolates, languages that have yet to be connected to other languages, so they do not belong to a language family. A few examples include:

There are thousands of Living Languages and thousands of translation services and agencies. ASTA-USA remains the Most Trusted Since 1987.