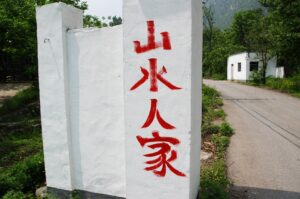 Mandarin is a language, not a dialect. Dialects are versions of the same language familiar to each other enough so that two people speaking in different dialects can completely understand each other. Mandarin and Cantonese, for example, are substantially different, enough to make cross-communication difficult, classifying both as languages.

However, Mandarin, being a form of simplified Chinese, is considered to be traditional Chinese. Based on the Beijing dialect, 官話, pinyin, or Guānhuà, is translated as “speech of officials.” Given its widespread use across China, where it is the official language, as well as being a co-official language or in common usage as in Indonesia, Malaysia, Singapore and Thailand, these are just a few reasons that Mandarin is the standard Chinese language for business.

Ethnologue.com reports that 1.3 billion people speak Chinese, making it the most spoken language in the world. Needless to say, if you are in need of Mandarin translations, accuracy is paramount, lest your message or content be misunderstood by your targeted demographic audiences. For over thirty years, ASTA-USA has prepared exact Mandarin Chinese to English translations, and vice versa. When you require perfection, we deliver.

Mandarin is actually a group of related forms of Chinese commonly spoken across most of northern and southwestern China. The group includes the Beijing dialects, which being located in north, is called the Northern dialects (北方话; běifānghuà).

Out of the ten widely accepted and distinct dialect groups, Mandarin is far and away the largest, being spoken by an overwhelming majority of Chinese across the largest area of China – the vast northern regions of Heilongjiang and Xinjiang – including Yunnan in the southwest. The chief reason for its widespread use is geographical as the northern plains assisted the relatively easy adoption of Mandarin from the eastern border to the western, as opposed to other dialects and languages in the south, where the mountainous terrain historically has isolated cultures, therefore also their relatively local languages.

With the capital, Beijing, being located in the north, Mandarin has served as a regional language since the 1300s. By the 1900s, the Beijing dialect had become standardized to the degree that its contrast with other forms and dialects made it unique. With its adoption as the national language, the overall standard, it became the working language domestically, internationally, and over time, Mandarin itself has become a world language, one of the working languages of the United Nations.

For further reading, below are useful resources regarding the Mandarin Chinese language:

In America, most people assume that Spanish to English is the most common business translation request, but it’s not; Mandarin is the number one language needed for business document translation. As China’s economy continues to grow and expand internationally, Mandarin document translation services continue to be one of the most in-demand requests in the industry.

Mandarin is spoken by the largest population in the world and is the official language of China and Taiwan. It’s also widely known that China’s economy has experienced tremendous growth in recent years, transforming the country as a whole. Investors continue to expand their global holdings while innovative Chinese companies establish themselves and partner with international clients. According to World Bank, China has instituted a series of 5-year plans to continually improve its economic standing and quality of life for its citizens.

China’s growth not only means new products and partnerships being introduced to the U.S. market, but it also opens up a new international audience for American companies. Product packaging, websites, instruction manuals and marketing materials need to be reworked to appeal to the culture. Colors, wording, text and even the product all may need to be changed in order to be successful overseas.

With such drastic growth and opportunity, chances are that your company has already needed Mandarin document translation services, and if not, it most likely will in the near future. ASTA-USA Translation Services, Inc. is the perfect partner for your Mandarin to English document translation needs. After discussing your project needs, including timeline, document length and industry specifications, we will assemble the perfect team of accredited translators to handle your important documents. Our global network of linguists boast native Mandarin speakers with an extensive education and at least a decade of career experience.

The Mandarin Chinese language might be the Chinese standard, but not all translations are. ASTA-USA is THE standard.