Multilingual Countries Suriname
The unique country of Suriname is located in South America, but the official language spoken by more than half of Suriname citizens is Dutch. ASTA-USA https://www.asta-usa.com/multilingual-countries-suriname 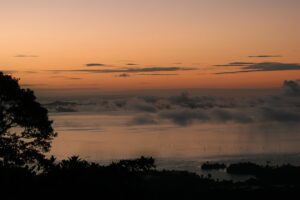 The unique country of Suriname is located in South America, but you may be surprised to learn that the official language spoken by more than half of Suriname citizens is Dutch. As a former colony, Suriname boasts a unique cultural makeup with influences from the Netherlands, India, China, the Caribbean, South America and the Indonesian island, Java. While Dutch is the official language used in school, business and the media, what visitors will most likely hear as they wander the streets is Sranan Tongo, a unique creole combination of Dutch and English. A large portion of the Suriname population descends from India, and therefore much of the population also speaks a dialect of Hindi. The same is true of local Javanese and Chinese descendants as well. English is also largely spoken, given the country’s close proximity to the English-speaking Caribbean.

This bustling nation is rich in natural resources, particularly gold and oil. Historically, Suriname has relied on alumina, bauxite, gold and oil exports to sustain their economy, while over half of the population is employed by the government. While tourism isn’t currently a staple for the small South American country, government officials are hoping to change that by establishing a tourism committee to attract travelers from all over the world.